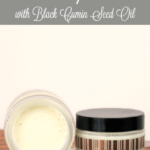 This Soothing Rosacea Cream recipe with black cumin seed oil not only soothes and calms rosacea, but it is also effective at fighting acne, calming eczema, and diminishing scars, dark spots, and the signs of aging. 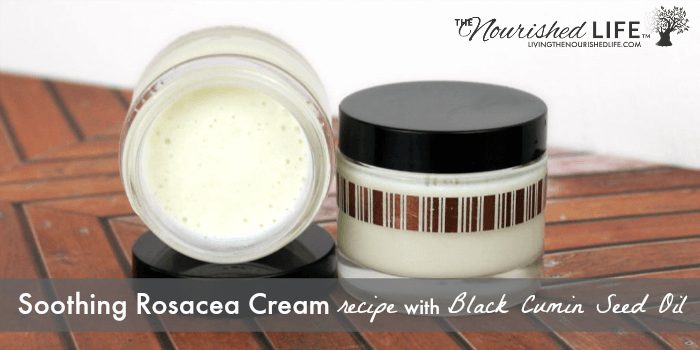 However, you don’t have to have rosacea in order to use this soothing rosacea cream. It’s also great for dry, irritated skin, maturing skin and even works well as an under eye cream for puffy eyes.

Estimated to affect around sixteen million people in the United States, rosacea is not only a burdensome skin condition but it also often negatively impacts the sufferer’s self confidence. And, despite it’s prevalence, there is currently no cure for this chronic inflammatory skin condition.

Characterized by flushing, redness and even visible blood vessels, rosacea is most common among fair-skinned people of Northern European and Eastern European descent. However, other ethnicities do suffer from rosacea as well. And while rosacea primarily affects women between 30 and 50, men as well as teenagers can also suffer from this skin condition.

Rosacea is believed to be hereditary and is often worsened by the consumption of alcohol, hot beverages and spicy food. Sun exposure, stress and both hot and cold weather are also common triggers. 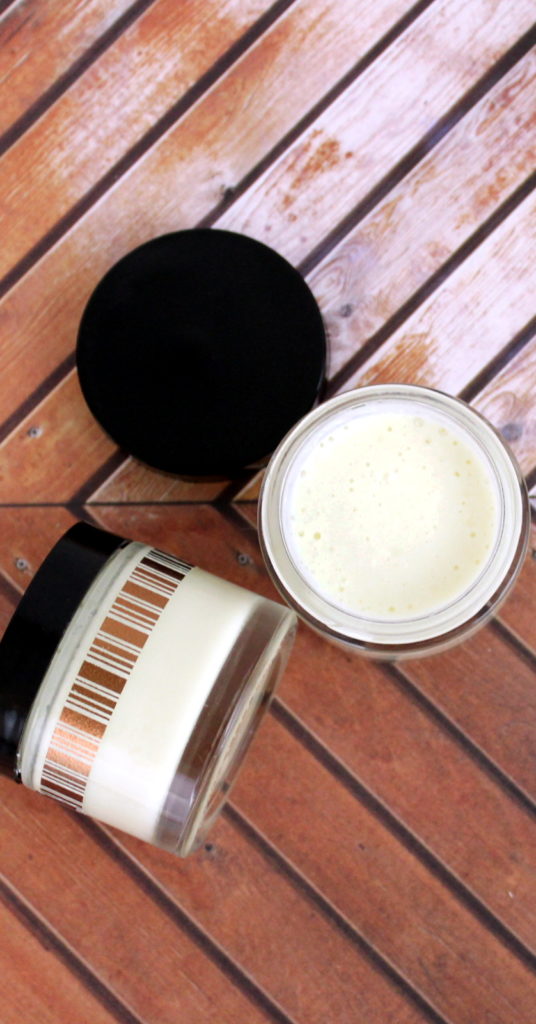 What is Black Cumin Seed Oil?

One of the key ingredients in this soothing rosacea cream recipe is black cumin seed oil. While black cumin seed oil is a lesser known carrier oil, it does possess some pretty amazing skin care benefits that make it especially suited for someone who suffers from rosacea.

A highly potent super food, black cumin seed oil (Nigella Sativia) is rich in vitamins, minerals, oils, Omega-3 and Omega-6 fatty acids and amino acids. Historically used for both its health and skin care benefits orally and topically, this amazing herb was found in Cleopatra’s tomb as well as the tomb of several other Egyptian Pharaohs.

Because of black cumin seed’s rich vitamin A and amino acid content, it helps to promote skin regeneration while its anti-inflammatory properties reduce swelling and skin irritation. Additionally, this highly moisturizing oil is also helpful at soothing sunburns and reducing acne as well as calming the inflammation caused by eczema and rosacea. 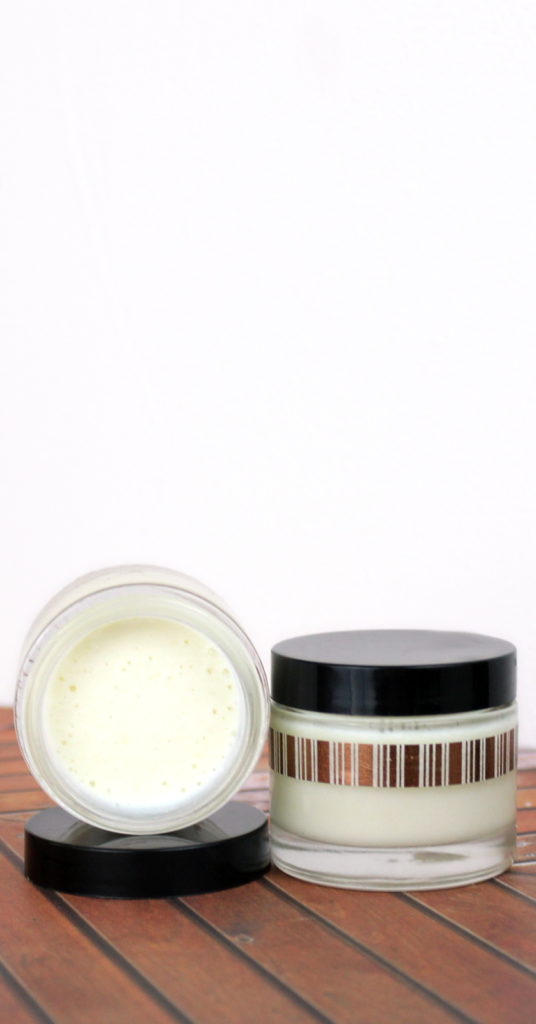 Using a digital scale to first weigh out the ingredients, combine the shea butter, cocoa butter and emulsifying wax in a double boiler and gently heat until melted.

Remove from heat then stir in the remaining ingredients. Place the soothing rosacea cream into the fridge and allow to cool slightly.

Pour the cream evenly into two 2.3 oz. thick-walled glass jars. Once your soothing rosacea cream has cooled to room temperature, screw the lids onto the jars.

Rebecca Dawn Dillon is a soapmaker, DIY-er and blogger whose life is controlled daily by a dachshund. Find more of her homemade skin care and soap recipes at her blog, Soap Deli News. You can subscribe to Soap Deli News blog here for updates on future DIY projects and skin care recipes.